After cutting a watermelon for breakfast I am left with the rind and a dilemma. Do I have time to process this or do I compost? I keep looking at the green skin and thinking of its cousin, the cucumber. Would I ever toss all that cucumber? NO! So I take a few bites of the rind for good measure, still thinking, because I know it is edible and quite tasty and it takes me to memories of watermelon rind sweets I grew up eating in Brazil called “Doce de Casca de Melancia.” 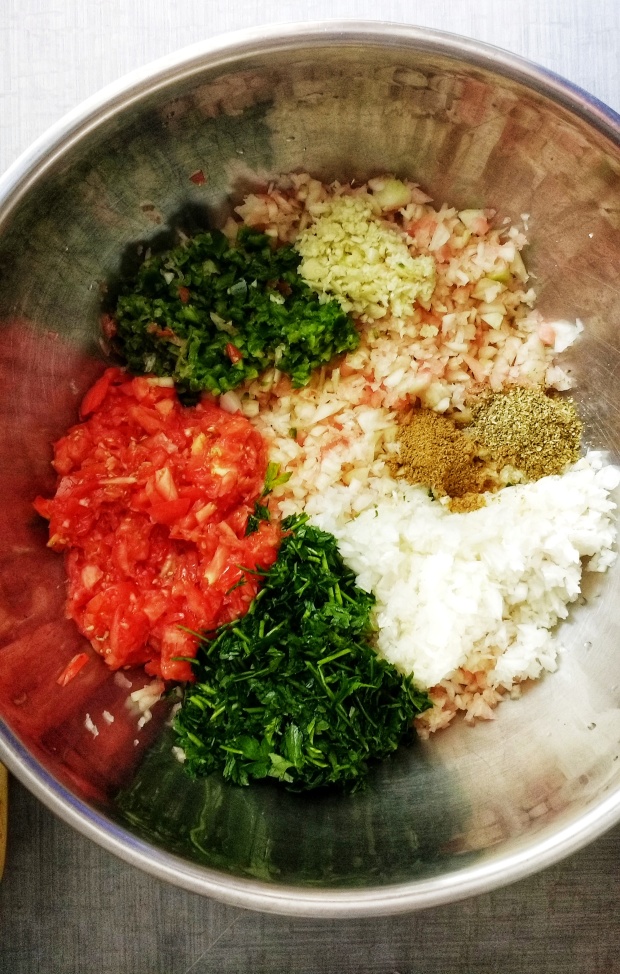 A couple more of those firm and crisp bites and I decided I had time to use at least a few cups of the ring and I would compost the rest. “Because it is summer and I don’t have time!” I reasoned again. I could probably have thought the same if it was winter. But as I started cutting the ring, as it often happens, I am gaining time. It is a wonderful feeling. I am opening a window into my schedule that was not there! (And I am even making time to write this post now.) I kept going, until I had about 4 quarts of loose pack ingredients. All the produce together weighted about 5.5 to 6 pounds. So I went for the approximation Sandor Katz  ( Wild Fermentation ) uses to ferment sauerkraut — 3 TBSP of sea salt for 5 pounds of chopped cabbage.  Another approximation I have used, about  2 -3 tsp of sea salt for each quart of produce.  This recipe is more to inspire us to use what we have. It gives flexibility if you have extra tomatoes or extra onions. It had enough liquid to keep the vegetables under the brine, but if you do not, you can add a bit of water or whey. And now we have almost one gallon of salsa for the summer! 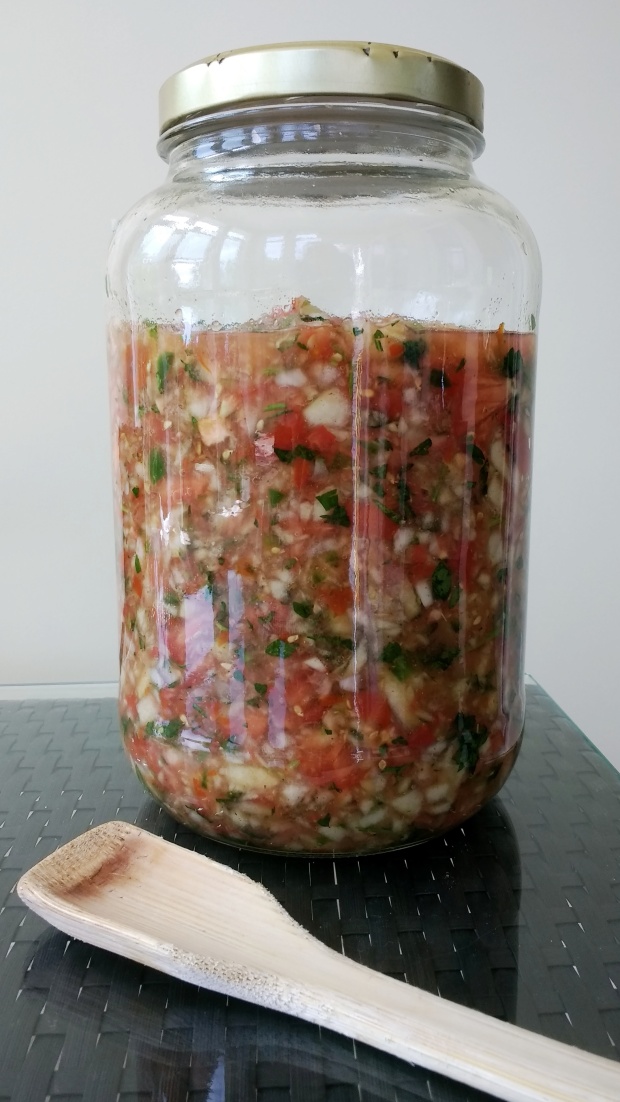 Almost all the rind of one medium watermelon.

2 jalapeño peppers, chopped, without the seeds ( leave seeds in if you would like extra hot)

1 bunch of parsley , chopped including stems

Mix everything and place in a jar. Vegetables and fruit should be under the brine while it ferments. Cover with a lid. Leave on the counter for approximately 2-3 days and taste to desired flavor. Burp the jar daily to release built-up carbon dioxide.

Transfer to the fridge to store. Bom Apetite!

After tasting I feel like I will add some cayenne pepper!

Spring is here. While my garden still sleeping…

I am sprouting! I spent 25 cents in the lentils and got 12 ounces of food in 4 days! Wonderful nutrition on a budget.